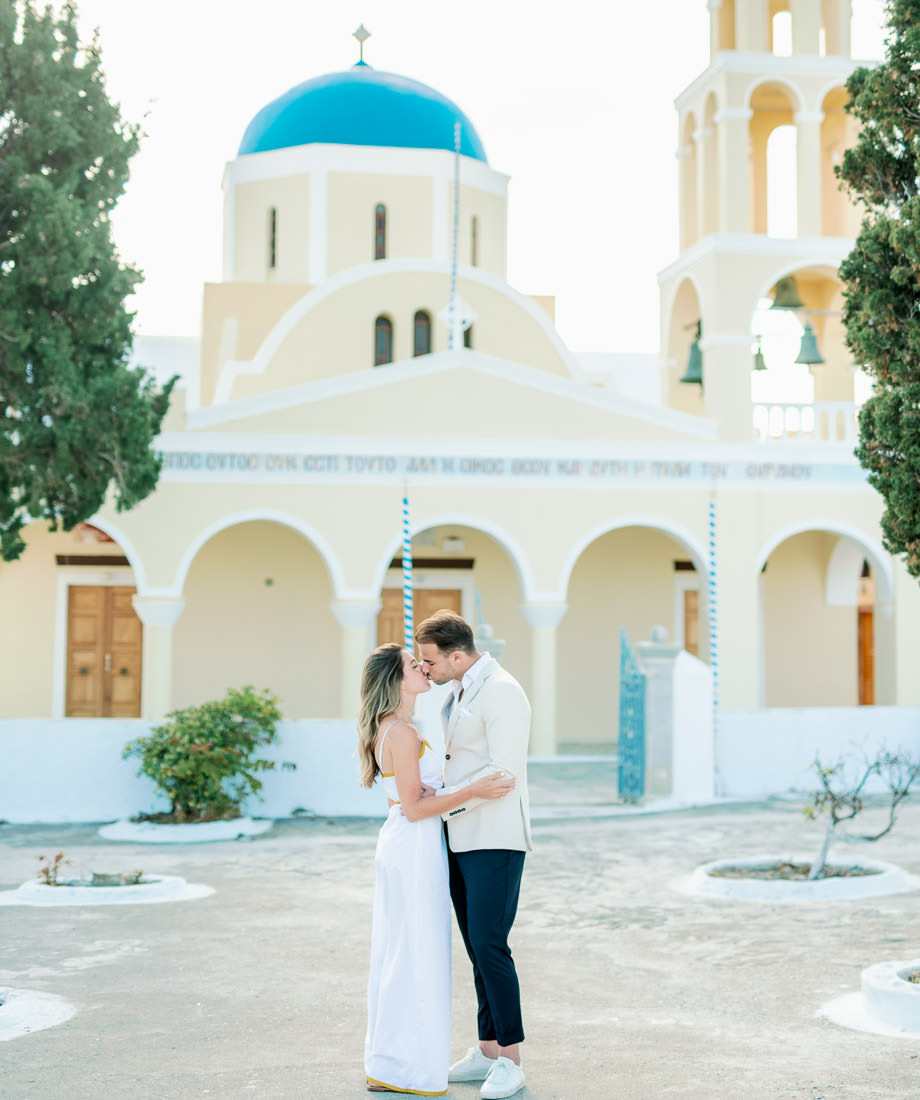 Alec and Danielle is a lovely couple from USA. They met at Ohio State University in 2013. Danielle is from Ohio but Alec came from South Florida where he was recruited by OSU to come, play soccer. They met in her final semester and she made the decision to move to Miami and they have been together since.

Last December, Alec gave to Danielle a card for her birthday and inside was a “plane ticket” he made on the computer saying they were going to Greece! This May they left for their trip, started in Athens, then flew to Mykonos and then would end with three days in Santorini. After making it through almost the entire trip and getting to Santorini, even the smallest thought of a proposal was out Danielle’s mind, because as she says “he would never travel ten days through Greece with a ring”.

They didn’t have many activities pre-planned before the trip because they wanted to decide as we went and take suggestions from locals, but one thing Danielle requested was that to do a wine tour. So before the trip, Alec said he would handle it and found a really nice one that was also a scenic tour of Santorini, had a photographer that went along etc., so Danielle was absolutely on board. With two days left in their trip, I met them at Canaves Oia, Luxury resorts and Villas, on the day we were doing the tour.

Little did she know that I was actually the photographer in Santorini that Alec have been speaking with for months to arrange everything. While Danielle was still in their hotel room getting ready, Alec have came outside to meet me and give me the ring so he wouldn’t have anything showing in his pocket. As she was walking ahead, Alec got the ring and when she turned around he was down on one knee. Both of their eyes began to tear and he looked at her and said “I have wanted to ask you this from the first day I met you” and opened up the ring box.

In a state of shock, she gave a cry of “YES!” and stuck out the wrong hand, which she quickly corrected after my warnings to Alec that this might happen because of the stress. After the excitement, he told her there was no tour at all and they were actually going on an engagement photoshoot through Santorini. Danielle, according to her saying on How They Asked, couldn’t have asked for a more beautiful proposal in Santorini and she is so happy to have Alec & Danielle photos from Santorini to remember it forever.

Alec and Danielle thank you for your choosing me as your Santorini photographer and also thank you for submitting this lovely pictures and your story on How They Asked.

The wedding of Roxana and Axel at Dourakis Winery

This summer I had the opportunity to photograph so

The wedding of Alison and Josh in Santorini this s

This reception setup from the wedding of Daniela a